Technically it’s not yet my last day on this journey but I consider it to be my last because my next destination (Singapore) is already so familiar to me. I was prepared to do a lot of walking around today since I am not sufficiently familiar with the bus routes here to attempt commuting anywhere outside Georgetown.

My first stop was Kek Lok Si Temple (Bus 203 from KOMTAR). This is the largest Buddhist temple in Southeast Asia (and still growing) so of course I had to visit it. It’s about an hour away from Georgetown depending on the traffic so I left the guesthouse at 8 AM to reach it in time for opening. From afar you can already see this huge temple complex on the hillside so it wasn’t difficult knowing where to get off the bus. I was not aware though that they had a separate entrance for pedestrians so I took the long way round, following the road taken by cars. It’s a very beautiful temple complex, the main attractions of which are the pagoda (2 MYR) and the largest statute of Kuan Yin which is reachable by a small tram/elevator (5 MYR). Being situated on the hillside, the view of Penang is quite good. I suggest visiting this place as early as possible to avoid the dozens of tourists arriving later in the day. 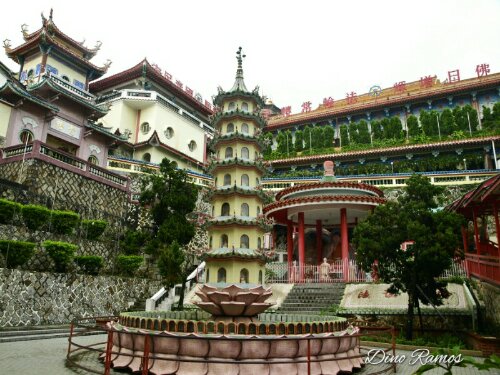 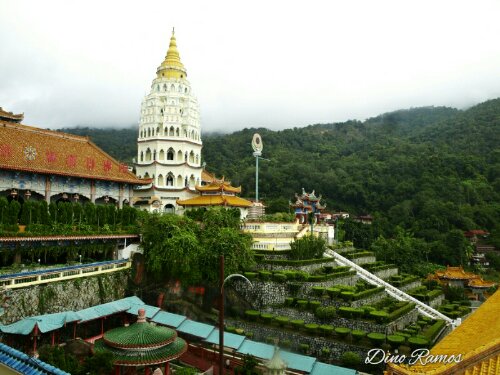 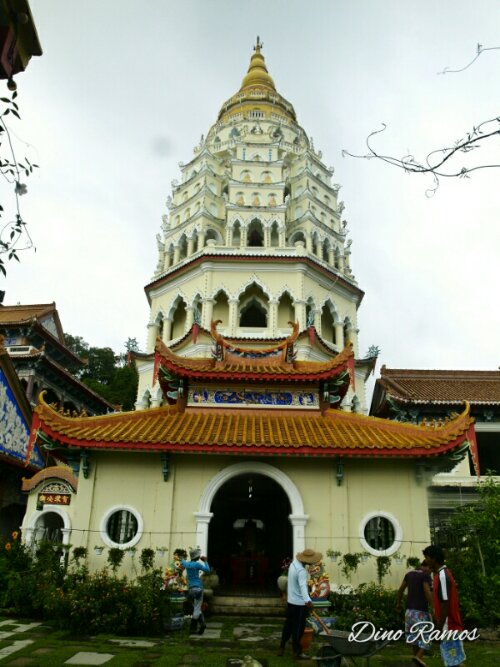 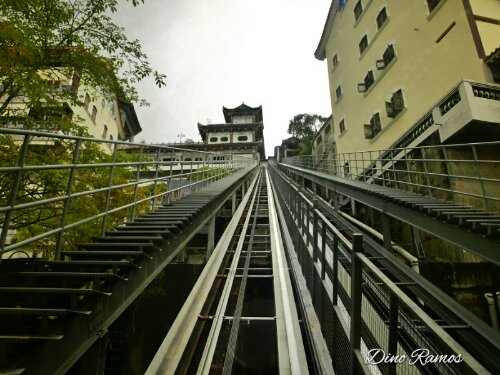 The only way to reach the Kuan Yin statue

View from the top

By the time I had my fill of temples it was already approaching noon, meaning heat –  lots of it. So I hurriedly walked down to the main road and walked as fast as I can to the lower station of the Funicular Train in Penang Hill or Bukit Bendera. I wanted the cool relief of mountain air again. I was a sweaty mess by the time I got to the station. Tickets cost 30 MYR for foreigners, which is a bit steep but I thought the views and breeze were worth it. It’s a faster train than the one in Victoria Peak (especially going downhill) and you’re brought to the top in around 5 minutes. At the top you have the choice of exploring on foot or on buggy. With my budget, I opted to walk. 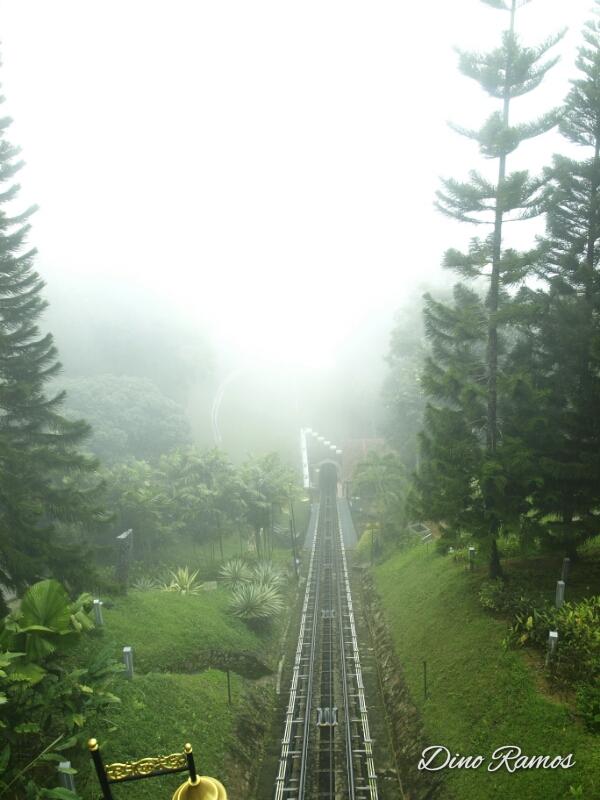 The new bridge connecting Penang to the mainland

Komtar sticking out of Georgetown 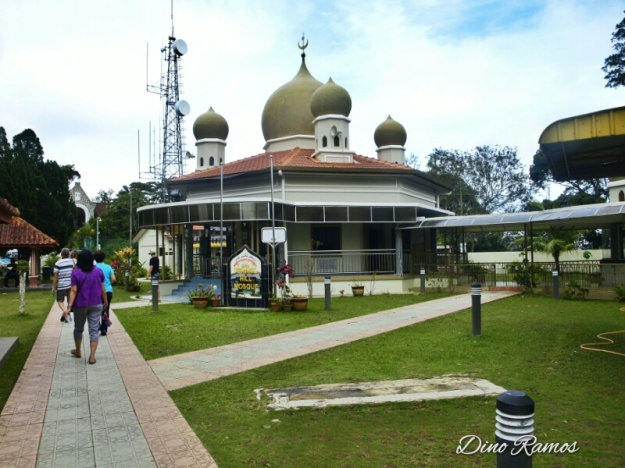 After a kilometer or more of walking there is a Monkey Cup Garden (1 MYR) which is small area with hundreds of pitcher plants (Nepenthes sp.). They claim to have over 100 species in that facility although I cannot confirm this due to my affliction of plant blindness. Like the butterfly garden in Cameron Highlands, they also have other attractions here such as scorpions, centipedes and other carnivorous plants. I thought this to be worth the measly 1 MYR entrance fee. I would probably have appreciated it more if the guide spoke English more but since the group I was with were from Saudi Arabia, I was the minority. At the end of the short tour they also offer a ride back to the upper station of the funicular railway for 10 MYR. I was tired already so I took it. I thought: what the hell, it’s my last day anyway and I still have some money. 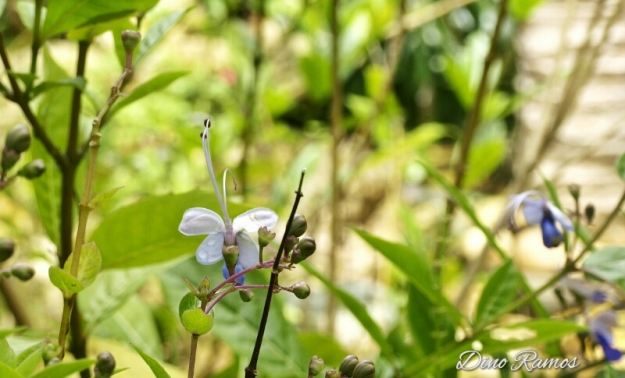 While waiting for the bus (204) back to Georgetown, an Arab approached me asking for directions. He ended up being my seat mate on the bus and taught me a bit about Islam. It was a very educational ride back to Georgetown. By the time I reached the jetty in Georgetown, it was 3 PM already. I only had enough time to visit 2 more museums before they started closing. I chose to go to the Peranakan Mansion (20 MYR). This place was surprisingly staffed by quite a few Filipinos and I was told to join a Cebuano couple already going around the house. I was finally able to use my mother tongue for the first time in 9 days! After visiting the Baba Nyonya House in Melaka, I was already familiar with the basic layout of this type of house but this mansion was much larger than that in Melaka. They even opened the adjacent house just to showcase the jewelry of the owners! Incredible opulence! Unfortunately, since I arrived late already the tour was nearing it’s end so I wasn’t able to learn as much as I did in the Baba Nyonya House or the Blue Mansion. 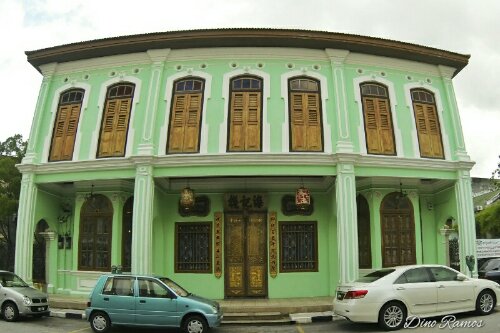 Main courtyard of the house 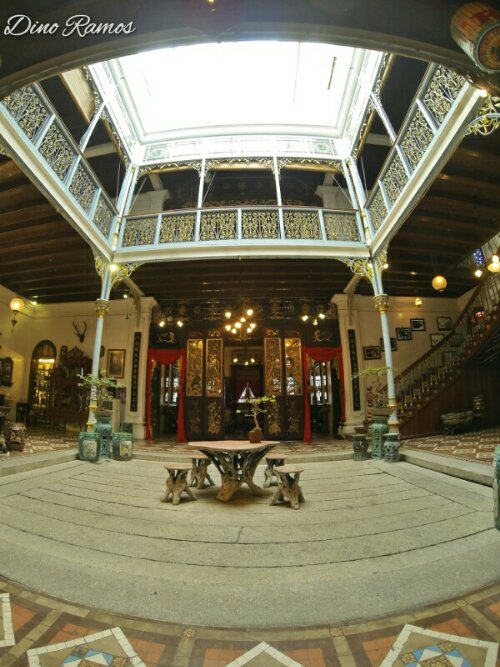 After the pre-nup pictorials 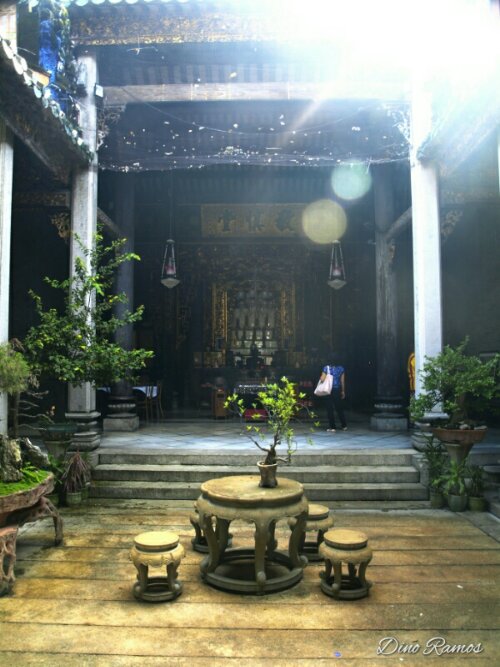 Courtyard of the ancestral chamber

Going around the mansion took more time than I expected so I rushed to Khoo Kongsi (10 MYR), hoping that I’d make it before they closed. Good thing I was misinformed about their operating hours! They closed at 6 PM so I still had an hour and a half to go around. It was interesting to see the layout of a clan community clustering around their temple. They were also able to keep an extensive record of their genealogy dating back 27 generations. The temple itself is an ornately designed temple with Western and Chinese influences. This is also the largest temple in Penang. Like the Cheng Hoon Teng temple in Melaka, a stage is also set up facing the facade of the temple. 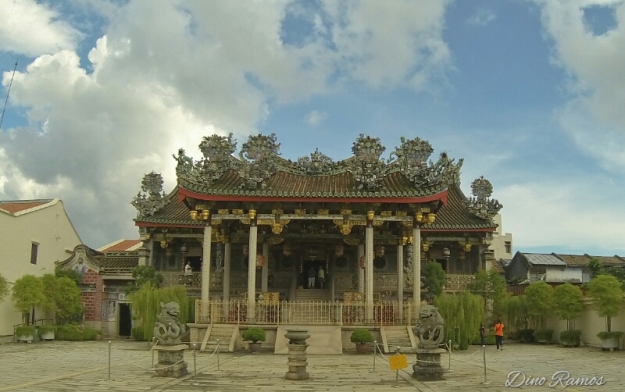 For my final activity in Penang, I decided to do as the other tourists do and try finding the different murals scattered around town. Aside from the one I posted yesterday, here are the others I found Walking around.